Planet Rugby forum is experiencing some technical difficulties due to a recent upgrade.
Some users are unable to log into their account. We are fixing the issue.
If you are unable to log in, please come back again tomorrow when the system will be fully restored.

Don't forget Kristoff flying the flag for the old buggers on stage 1.

In the end, the break at the start was too big and there weren't any points for Sagan or Bennett to contest. Ewan barely made the time cut, and will be touch and go for the next 2 days if he makes it to Paris. Trentin picked up 20 points, and is actually now 57 points behind Bennett, so has been quietly keeping himself in contention. There's 4 intermediates and 2 stage finishes in play, so a maximum of 180 points for one rider to pick up.

There's an uncategorized ramp before the sprint at 45km tomorrow. It's long enough for Bora to make it count if they want to, but it might not be steep enough. They will win no friends if they make it hard in the early going tomorrow; the Col de la Loze is supposed to be a monster. https://youtu.be/vSG52YTswGY

I was pretty disappointed with how the GC riding went today, but Jumbo is so much stronger than anyone else in the race right now it would have been crazy for anyone to even try an attack, especially with tomorrow looming.
Top

Given the profile of the stage and the gaps already existing, it wasn't a surprise that no big battle happened among the GC riders. I forgot to add tomorrow's monster stage where the last opportunities to make a real dent in the GC will be.

Martin did try on the category 1 climb but he didn't have the legs. I believe the others got the message clear. Beside, even if you managed to get 1 min on the peloton on that climb, there were 20kms of you alone against JV before reaching the finish. Unlikely.
Top

I read that today's stage was originally supposed to be on Bastille Day. Maybe they were hoping for Pinot or Alaphilippe to really make a mark on the race there.
Top

DOB wrote: ↑Tue Sep 15, 2020 10:42 pm I read that today's stage was originally supposed to be on Bastille Day. Maybe they were hoping for Pinot or Alaphilippe to really make a mark on the race there.

I would say it was designed for Alaphilippe with the short punchy finale. Or for one of the local guys like Nans Pieters who already won a stage. My parents have a summer house near this place, it is a beautiful area. Pinot was supposed to ride for a podium... 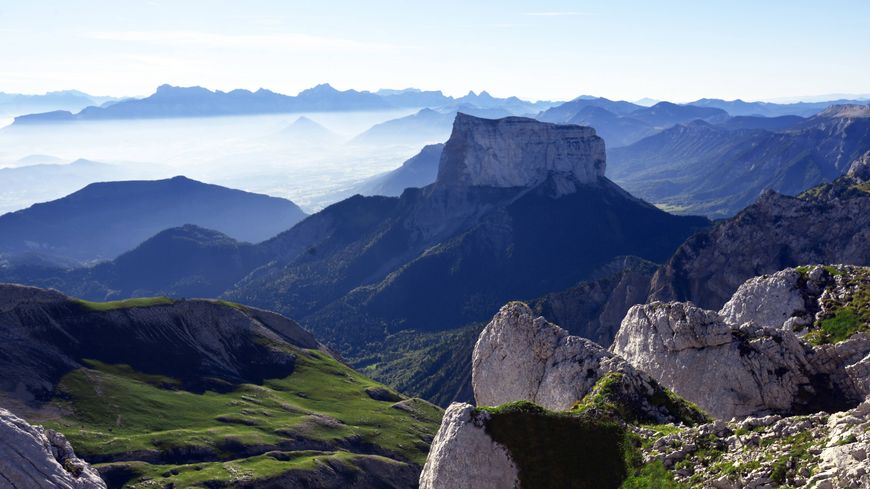 needs to be savoured...

Sony Colbrelli's work at the head of the peloton

He is shattering the pack and forcing the escapees to accelerate and fight each other already.

This will be an exciting stage!
Top

He is shattering the pack and forcing the escapees to accelerate and fight each other already.

This will be an exciting stage!

Strongest indication yet that Bahrain have been sandbagging all Tour. This is Landa's big day.
Top

Or it could be another Landa's flop. But for sure he didn't want any leader to have a steady climb and wanted to make sure everybody felt the first climb in their legs big time. His plan is to make this the survival of the fittest. The bad news is that the JV guysnare still there in numbers while the Bahrain team has thinned and looks tired. Now Bilbao is in outstanding shape, and Caruso is strong too. So may be these 2 will be sufficient.

I would watch Porte too. This is his day to secure a bid for the podium.
Top

I thought Poels would be one to watch, but then someone reminded me that he broke a rib on stage 1, so he hasn't been sandbagging, he's been surviving.

Any risk of Bennett being outside the time. Can't watch it as young fella won't let me
Top

He's 12 mins down with the final HC climb to come. He has plenty of team mates with him. Going to be close though
Top

Van Aert is on another planet. He can win a bunch sprint, climb with the best, best the punchers on hilly grounds and fare well on cobbles and finally he is fast in ITT. He just the complete package and wonder if he could one day be a leader on a GV.
Top

Anyone know the time limit?
Top

Fantastic stage. Great win by Lopez and as usual Landa wasted his team for nothing.

Great ride by Roglic who showed he is the deserved leader on this tour.
Top

Some finish that.
Imagine how broken your average cyclist’s legs would be after doing half of that ascent?
These lads are either a different species or are hitting the vitamins hard.
Top

Bennett 22 mins behind. He should be okay
Top

Today is a stage that was designed for Alaphilippe I believe. And Hirschi has to be the favorite to win it unless Carapaz manages to drop him on the last climb.
Top

Well, I think I brought back luck to Hirschi. Bilbao to surprise the 2 Ineos riders?
Top

Bilbao riding smart. He leaves the work to the Ineos riders. And could stamp them in the back on the final climb.

I have seen him in excellent form and I believe him capable of beating Carapaz and Kiatowski.
Top

Landa goes! You've got to love his spirit!

And the 2 Ineos riders have dropped Bilbao.
Top

I think Carapaz deserves a stage win following his efforts of the last 2 days!
Top

I think Kwiatkowski deserved the stage win for all the donkey work he’s done for Ineos at the Tour in his time with the team. It’s almost criminal that a rider as good as him hasn’t picked up a Grand Tour stage win before today.
Top

An undulating stage. Bora will surely go on the attack and set a fast pace
Top

Worried about today. That cat 4 climb. If Bora set the pace high, Sagan could take the intermediate sprint and sprint finish putting him back in green jersey
Top

Bora lost Postlberger today, so as tough a time as they had it controlling the race into Lyon, they'll have less firepower today.

Quickstep have sent Cavagna up the road, and he genuinely has an engine that could go all the way.

Bora might be banking on the climb up to the sprint being harder than the actual categorized climb, which is how it looks on the profile.

The county roads around Champagnole are narrow and winding, and there's no flat piece of road anywhere. It's really a day that should favour the break, but Bora don't want that, and nobody wants to fight with them, so it's all very sedate so far.
Top

The whole Quickstep team kept going after the sprint, with Sagan and Trentin!


Ah, they've sat up, I really thought they'd go for that. Would've been epic.
Top

I really think this has been a cracking TDF with stages for every type of riders. A shame the first stage caused so much damages among favorites, the battle could have been even more exciting.
Top

What a tour for Sunweb!

And what a performance by Bennett who survived the mountains and is a solid leader for the green jersey.

Another Slovenian on the podium of this stage as well. Slovenia is becoming a leading nation in cycling.
Top

Stuck to Sagan on that breakaway.
Top

what a great ride by Kragh Andersen, quickly becoming one of my favourite riders.
Top

I really think this has been a cracking TDF with stages for every type of riders. A shame the first stage caused so much damages among favorites, the battle could have been even more exciting.

The GC battle has been a bit of a procession. It's just a huge shame that crashes on stage 1, and the Dauphine to a lesser extent, effectively ruined challenges for several riders.

I also can't help thinking "what if" Dumoulin had stayed with Sunweb. Jumbo would be significantly weaker, and he would have all the strength of this Sunweb team at his disposal. I know he wasn't at full strength, but he still could have made them work harder than they have for it.
Top
Post Reply
3388 posts