Planet Rugby forum is experiencing some technical difficulties due to a recent upgrade.
Some users are unable to log into their account. We are fixing the issue.
If you are unable to log in, please come back again tomorrow when the system will be fully restored.

Here is as good as anywhere, as the Crusaders close in on another championship this weekend.


The Crusaders have been lauded as “the global dream team” in South Africa and their influence will be sorely missed if the rugby-mad republic follows through with plans to take their provincial game to Europe.

With New Zealand set to forge ahead with alternative Super Rugby plans, it appears South Africa’s leading teams will try to join an expanded PRO14 championship up north.

Ending the battle against the classy red and blacks would hit South African teams and their fans, according to one of their leading rugby writers, Robert Houwing at Sport 24. He felt it would be hard to look past the Crusaders “for the biggest sense of modern-day aura and sparkling entertainment value among rugby franchises or clubs the world over”. They continue to be ”standard bearers in excellence and ambition” and he would back them against any equivalent-level team to determine global bragging rights, saying their consistency in title-winning efforts outweighed anything in Britain, France or even Europe as a whole.

“The Crusaders are almost indisputably the global dream team when it comes to activity just one notch down from test level,” “And it is that kind of magnificence that South Africa will be saying goodbye to as a truly blue-chip opponent if the country shifts emphasis - lock, stock and barrel - to PRO14.

“They just seem to play rugby at a different, routinely more revolutionary and crowd-pleasing level than any other team - a hallmark evident all over again in Super Rugby Aotearoa.”

Houwing suggested their excellence on the field had given the Crusaders a global appeal, much the way Manchester United had in football.

He pointed to the “Cape Crusaders” supporters in Cape Town as local proof of that, where sections of the community threw their weight behind the New Zealand team ahead of their own Stormers.

He felt South Africa needed to think hard about a future without the Crusaders to measure their provincial game against.

“It's bye-bye to those bastions of brilliance from Christchurch if South Africa shifts emphasis more all-embracingly to the ‘north’.

“Shouldn't we just pause to chew on that more thoroughly for a while?”

The Crusaders, 10 time champions of Super Rugby, can wrap up the Super Rugby Aotearoa title this weekend of they beat the Highlanders.


There is a temptation to think that despite winning Super Rugby Aotearoa with one game to go, that the Crusaders have come back to the pack a little. Potential challengers have certainly stepped up, either consistently (Blues and Hurricanes) or intermittently (Highlanders). However, as long as the Crusaders keep Richie Mo'unga fit the Crusaders will remain ahead of the rest, particularly when their casualty ward begins to empty.

The Crusaders’ injuries haven't been talked about a lot, but they have been significant, and they took away a chunk of leadership. Captain Scott Barrett has probably been the best tight-five forward in New Zealand for the past few years, or certainly in the top two. He’s a thumping ball carrier with a big engine – All Blacks trainer Nic Gill told Stuff he was one of the three best Bronco performers among the forwards – and the Crusaders have plainly missed him.

Others have stepped admirably into his boots but there is no like-for-like replacement for what Barrett brings. Remarkably, the Crusaders haven't really been able to replace Cullen Grace, either. That is a big statement considering the Timaru product is only 20 years old, but the Crusaders’ defence has been that little bit less threatening, and vulnerable around the edges since Grace injured his thumb. Grace uses his shoulder as a weapon and his athleticism is also a challenge for rival hookers, who invariably find their throws contested by the youngster.

In the backline, would the Crusaders have been quite so frantic against the Highlanders in the first half had the calming presence of David Havili been there? Havili is prone to the odd bad game but for most parts he is unflappable, and built for occasions such as Sunday's virtual final. Will Jordan is electric, but it appeared the Crusaders lacked a voice against the Highlanders to settle everyone down.

Then, there is the question of the form of some players who have been fit. It may be a harsh question to ask, but have Bryn Hall, Sevu Reece and even Jack Goodhue hit the heights of 2019? They haven’t stopped being top-class players but there is more to come from them: at times this year it has felt like Mo’unga has been a bit too much of a one-man band.

So, the Crusaders can improve next year, and will improve, but can the same be said of the others with the same confidence? The Blues, of course, will lose Beauden Barrett, just as the No 10 jersey was looking like the perfect fit. There are ample other reasons for them to feel good about themselves but if they are to win Super Rugby, whatever form it takes, they will have to do it the hard way – without an All Blacks No 10. Otere Black has been excellent this year, but Josh Ioane will be the second-best No 10 in New Zealand in 2021.

The Hurricanes will be in a similar boat, although recent signing Simon Hickey is underrated and Jackson Garden-Bachop's progress has been so steady that they might be in the best position to have a crack at the Crusaders. Perhaps the Crusaders will simply fall away. Perhaps the appeal of winning will lose its lustre a touch and some bad habits will set in.

But as you saw the look in the Crusaders’ eyes as they performed their haka after fulltime on Sunday, the dynasty looked far from over.

In a slight blow for an already under strength loose forward stocks I see news today that Billy Harmon has signed for the Highlanders.

Tom Christie looks the goods going forward but it’s hard loosing players in areas we don’t have much depth.
Top

JPNZ wrote: ↑Wed Sep 02, 2020 11:59 am In a slight blow for an already under strength loose forward stocks I see news today that Billy Harmon has signed for the Highlanders.

Tom Christie looks the goods going forward but it’s hard loosing players in areas we don’t have much depth.

Hopefully this means that we are about to announce the signing of a high profile no.7. Blake Gibson, Dillon Hunt or even Mitchell Karpik would suffice. Do the Highlanders actually know who Billy Harmon is, or is anyone who has been capped by the Crusaders guaranteed a Highlanders contract if they want one? He's very weak.
Top

JPNZ wrote: ↑Wed Sep 02, 2020 11:59 am In a slight blow for an already under strength loose forward stocks I see news today that Billy Harmon has signed for the Highlanders.

Tom Christie looks the goods going forward but it’s hard loosing players in areas we don’t have much depth.

No great loss. Harmon is a journeyman. Hopefully we have someone better in mind for the future.
Top

Yes well with Dillon Hunt moving to the Blues I can see why the Highlanders needed someone..
Top 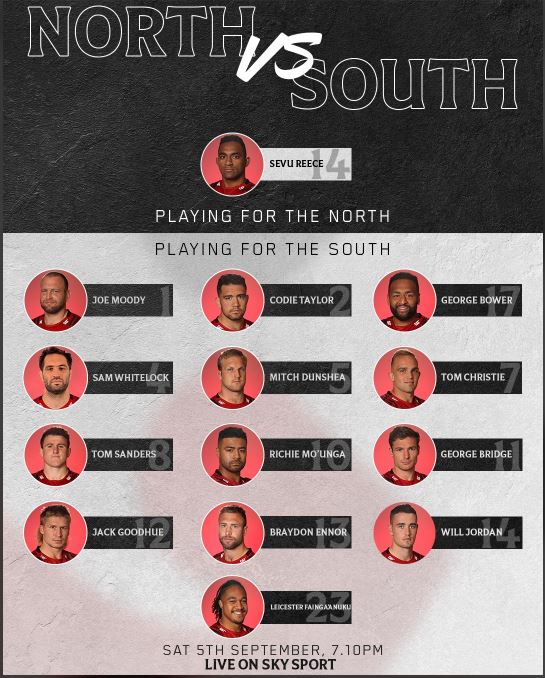 Halfback Mitchell Drummond and flanker Tom Christie are the latest to recommit to the 11-times champions.

Both have signed multi-year deals with the red and blacks, Christie through 2023 and Drummond through 2022.

Their signatures follow those of centre Jack Goodhue and Cullen Grace. Both signed through 2023 earlier this month. Mitch Dunshea re-signed last week as well. The vast majority of next year’s squad is now finalised, with only a few remaining spots to be filled in the coming months.

Robertson last month told Stuff the plan was to fill the voids with players from their Christchurch and Nelson academies. A whopping 11 players are contracted beyond next season, including five – Sam Whitelock, Scott Barrett, Goodhue, Grace and Christie – through 2023.

Six others – Joe Moody, Will Jordan, George Bridge, Richie Mo’unga, Sevu Reece and Drummond – are on the books for at least two more seasons.